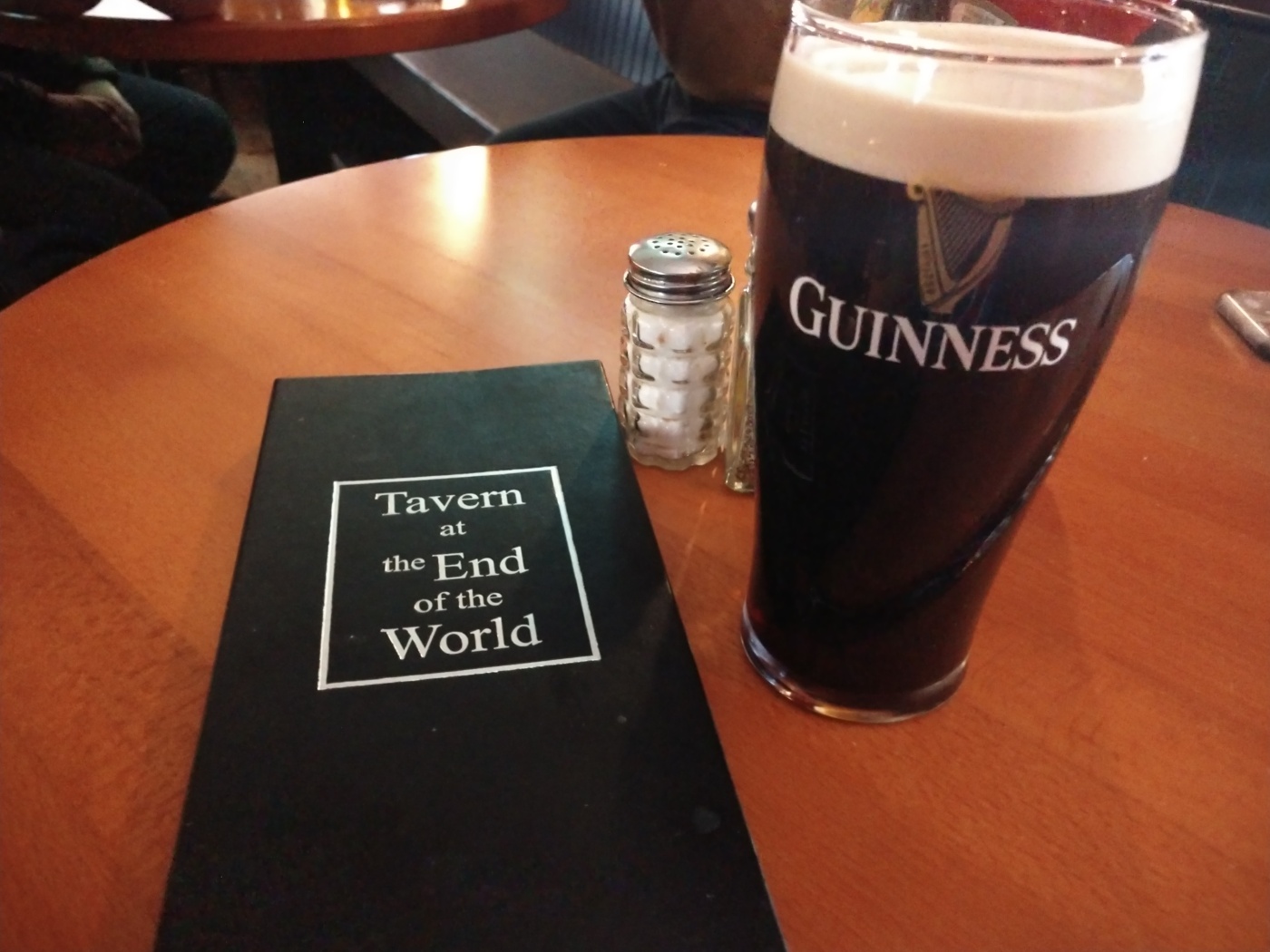 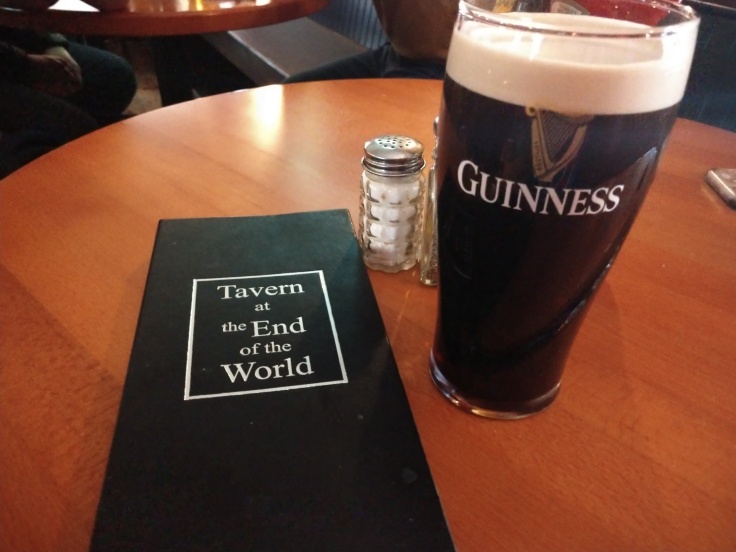 If you lived in Mission Hill during the last twenty years, and like to have a good time, there’s a strong chance you made some lasting memories at Flann O’Brien’s. Flanns was the neighborhood Irish bar that had a great atmosphere, friendly staff, fast service, and savory meals. The bartenders would remember your name and ask how you were doing like in an episode of Cheers. They knew how to take care of their customers with frequent customer appreciation nights and their infamous Christmas parties.

When I heard that two of the driving forces behind Flann’s success, Tony O’Brien and Ciarán Forristal, had bought and redid a bar in Charlestown, Tavern at the End of the World, I knew I had to check it out.

I heard stories about Charlestown growing up. One of my uncles told me that when he was a bouncer in Boston, his bar had one rule: don’t let anyone from Charlestown in, they’re trouble. And when he told me that rule, an uncle (the husband of my aunt), told us he grew up in Charlestown and agreed with the rule. They traded crazy stories about people they both knew and how many of them ended up in jail or worse (Ben Affleck’s the Town had a little factual basis). That’s not to say Charlestown doesn’t have great people (shoutout to Mrs. Guilderson), just like many Irish enclaves, it had a reputation.

However, that reputation, like Southie’s and Mission Hill’s, is fastly fading with gentrification. Charlestown is now a sought after place to live and trendy spots are popping up all over. Along with those trendy spots was the grand reopening, under new ownership, of Tavern at the End of the World (very cool name but I will refer to it as Tavern in this post, I’m lazy).

Located right on the Somerville/Charlestown line, the Tavern is unassuming, almost blending into the neighborhood, like many great Irish pubs. 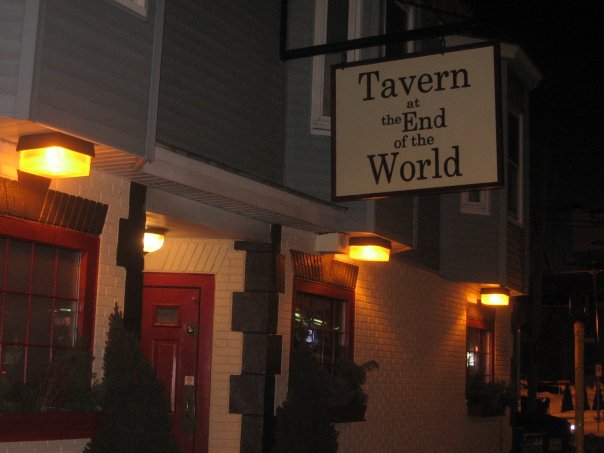 When we visited the Tavern, 6 Nation Rugby was on it was Ireland vs England, and to the uninformed living on the moon, there’s not a more heated rivalry. The bar was popping, but not uncomfortably crowded. We found a table near the entrance and almost immediately, Ciarán, came over to say hello and take our order  (Ciarán is a great guy and  also one of the few people that has never pronounced my fiancee Ranna’s name wrong, prounced Rah-na) We were served Guinness, the proper way letting it settle before serving (I have become accustomed to it being rushed and sloppy; nice to see they still do it right.). 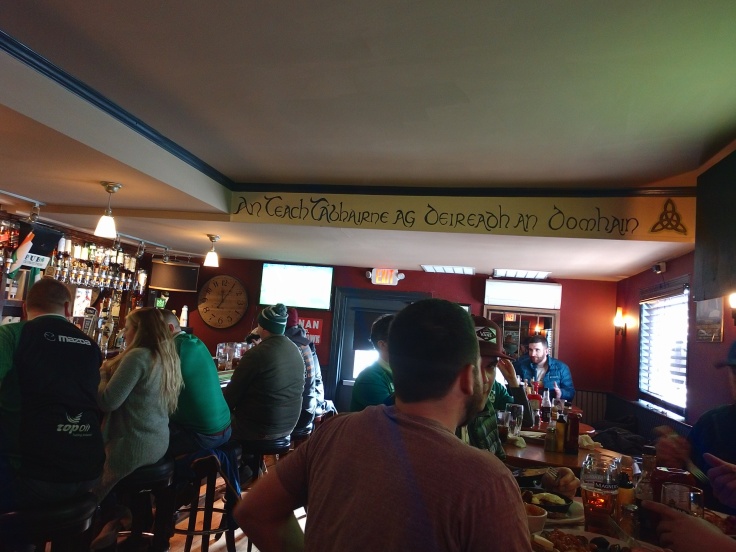 The bar itself is wooden and there’s an area right when you walk in with pop up tables, a dining room to the left, and chairs wrapping around the bar. Tv’s adorn the walls, along with Irish decorations and Guinness memorabilia.  There’s not too much natural sunlight (how I like it) and it has the feel of a pub you would walk into in Ireland.

While we rooted for the good guys, Ireland, and tried to understand rugby’s rules it was time to give Tavern at the End of the World it’s ultimate test: Bar food.

I ordered wings and Ranna got the veggie egg skillet. 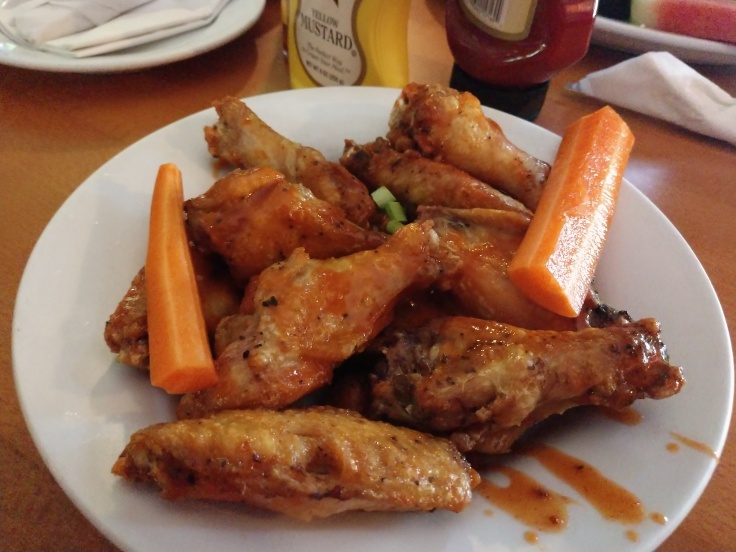 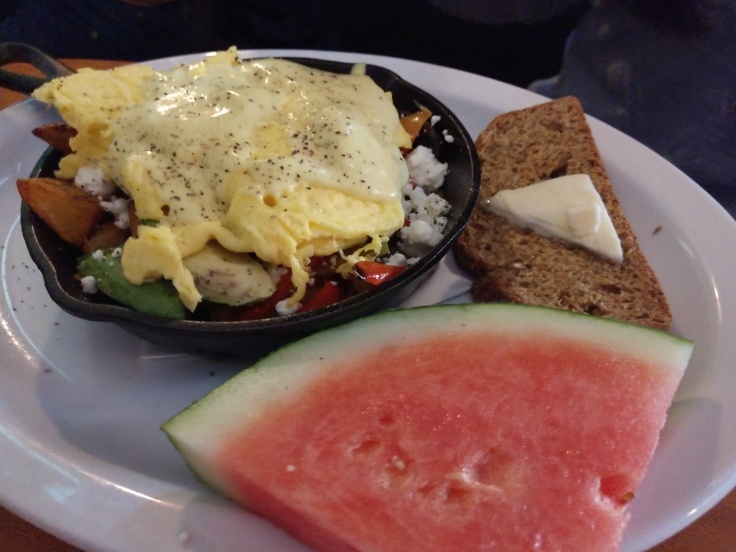 I’m a wing connoisseur and these were pretty good. I wish they were a bit spicier but I was able to add the hot sauce at the table to give it a bit more zing (I’m a hot sauce sicko so the spice is probably perfect for normal people).

After the meal, we were joined by my friend John, who had visited the bar many years ago. He was able to give a perspective on its recent transformation. He said, “I visited here (Tavern) years ago with my cousin, and I love dive bars, but it was sketchy as hell, not that fun I want to get drunk with old guys dive bar, it had that I should get the hell out of here before something bad happens feel…Now this place is awesome, totally different, I could spend all day here.”

We rooted on Ireland as we learned more about one of the coolest features of the bar, they Air Bnb the upstairs, and it fits 16 people. 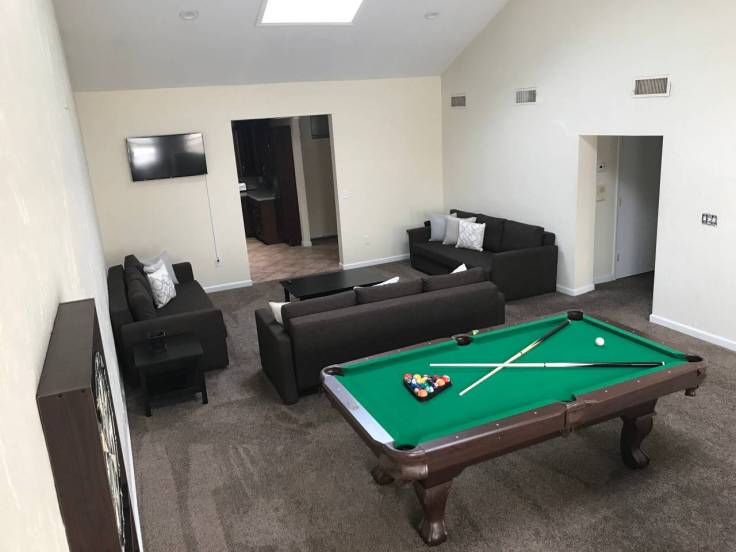 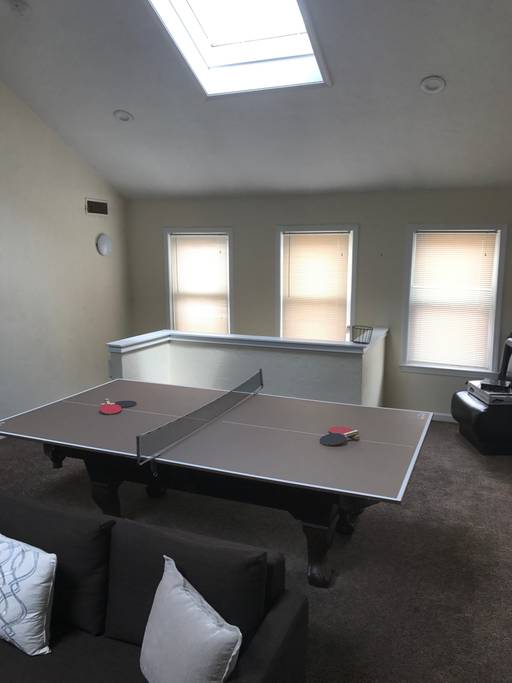 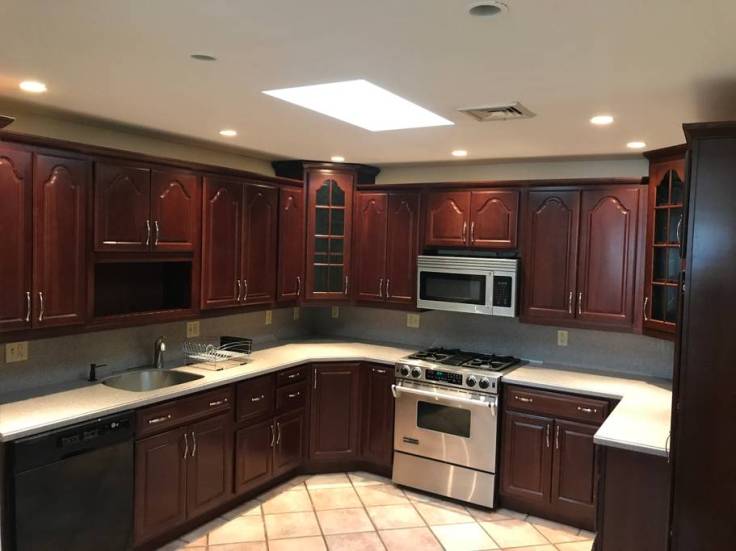 The spot is aptly named “Top of the World” and features 5 bedrooms, 8 beds, and two bathrooms. With room for 16+ guests, it is just begging for you to have a bachelor party or bachelorette party in it. Have fun at the bar downstairs and then continue the party upstairs. Then in the morning head back downstairs for brunch. With the new casino opening in June, mix that in, and you got a weekend full of memories (I’m already trying to plan a bachelor party for one of my friend’s there next year). 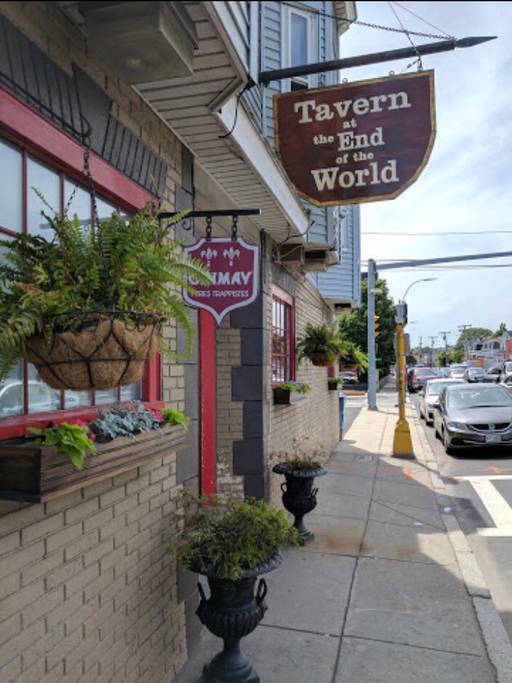 Now back to the bar. The good guys lost the match, but we had a solid meal, good drinks, great service, and most importantly some laughs. If you are looking for a true Irish Bar in Boston to have a few pints at, then you can’t do much better than Tavern at the End of the World. They’ve taken the great service from Flanns and injected that magic right into their new place. Now we just need Mike O’Rourke and Maurice Boland to be regulars and all will be right in the world.

Visit Tavern at the End of the World and see if you like it just as much as I did. Located at 108 Cambridge St, Charlestown, MA 02129, open 10am-2am, it’s an Irish-style pub featuring 50+ beers & classic bar food, plus occasional live music & comedy shows.